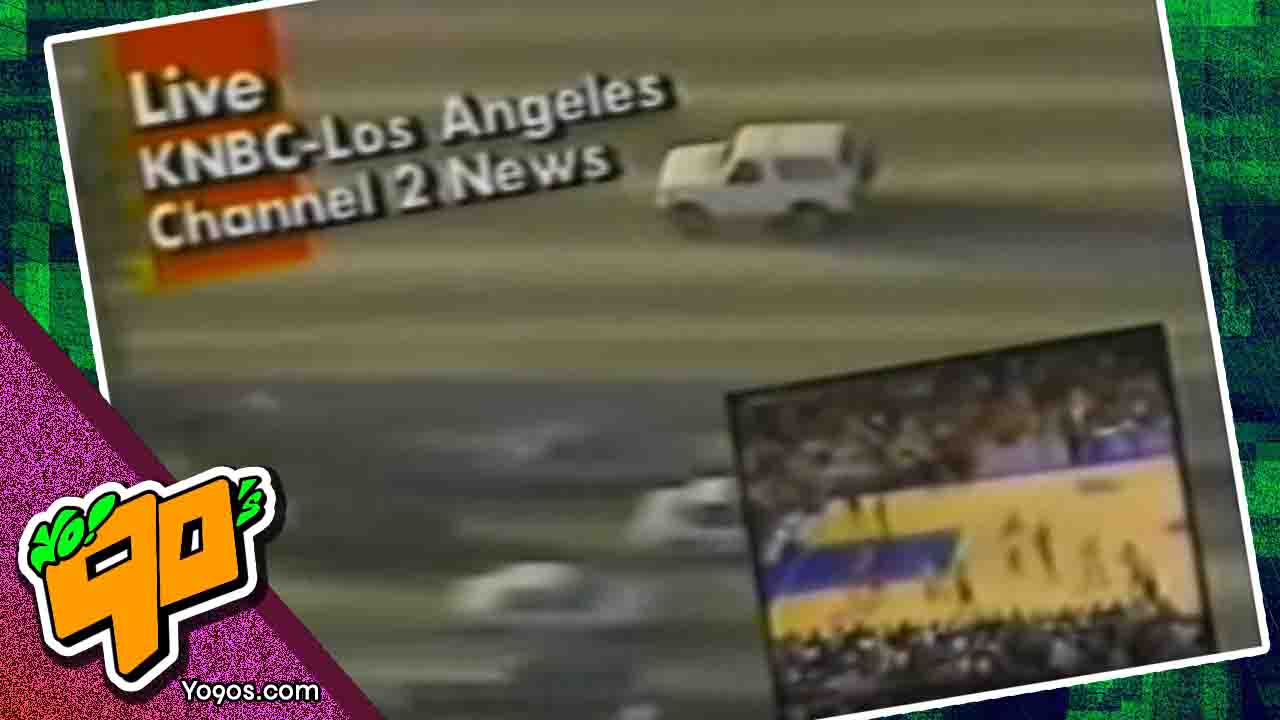 On June 17th, 1994, game 5 of the NBA Finals on NBC between the Houston Rockets and New York Knicks was interrupted by a police pursuit involving OJ Simpson.

Other networks were showing the chase live. NBC initially showed a split small screen of the chase on the bottom right corner. Eventually, the chase was full screen and the basketball game minimized.